Benefits of a green wall

Nature has never been more important, especially in urban areas where there is often a lack of space for greenery. A living wall is one way to overcome this, as a vertical wall garden adds not only an instantly attractive, naturally beautiful element to an exterior but with many other benefits as well. Here are nine benefits of a green wall:

Benefits of a green wall

Another benefit of a green wall is that it retains and absorbs rainwater. Across the globe, the changing climate has led to increased rainfall and an increased risk of flooding. Again, vertical plant walls offer a good solution here. The plants and substrate in the vertical plant walls act as a water buffer and absorb the water. By retaining the moisture longer, the amount of water that is simultaneously discharged to the sewer and drainage systems is greatly reduced. 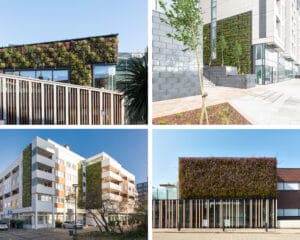 Installing an outdoor green wall contributes to biodiversity. The different plants you can choose for your green wall attract species of birds, butterflies and insects. A living wall not only serves as a handy source of food, but it also offers nesting options and shelter. Birds can build their own nests within, and you could also give an extra helping hand by hanging a birdhouse within the green plant wall itself.

Air pollution is an ever-increasing worrying problem. Emissions from urban traffic and industry, such as particulate matter, nitrogen oxides and volatile organic compounds, are harmful to health and the environment. The living plant walls outside are able to capture these air pollutants and shield them from the pollution itself. The air is purified in a natural and simple way, which is important for improving air quality.

Another benefit of a green wall is the extended lifespan of the facade. Because the living wall is covered by plants, the facade is less susceptible to wear. This gives a facade a longer lifespan. A living wall outdoor has to withstand many weather conditions such as sun, wind, rain and temperature changes. By placing a green wall on the outside of the facade, it offers protection to the building because it is no longer directly exposed to the weather.

Vertical plant walls also have a sound-absorbing effect, not only on its exterior but within the building too. Ambient noise is reduced because a green wall prevents sound reflection between buildings. The leaves in the outdoor green wall ensure that traffic noise or noise from children playing, for example, is dampened. By affixing vertical plant walls to a building, noise levels of 2.5 to 3 decibels can be counteracted. A green wall not only has a sound-absorbing effect, but the calming sounds of its rustling foliage also reduce stress and add to the overall positive experience.

An outdoor green wall contributes to multifunctional use of space

Overall, the introduction of a living wall facade to the building helps create a sustainable living environment. Whether in the ability of a vertical plant wall to attract birds, butterflies and insects or in its benefits to local residents who enjoy added greenery in an otherwise grey and bleak landscape, living walls play an important role in a sustainable living environment. 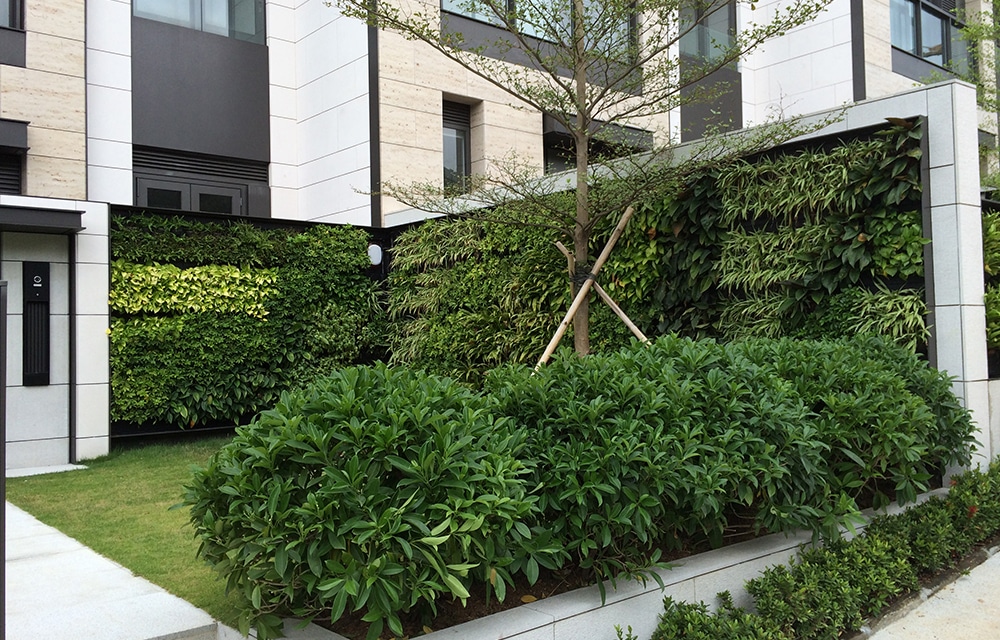 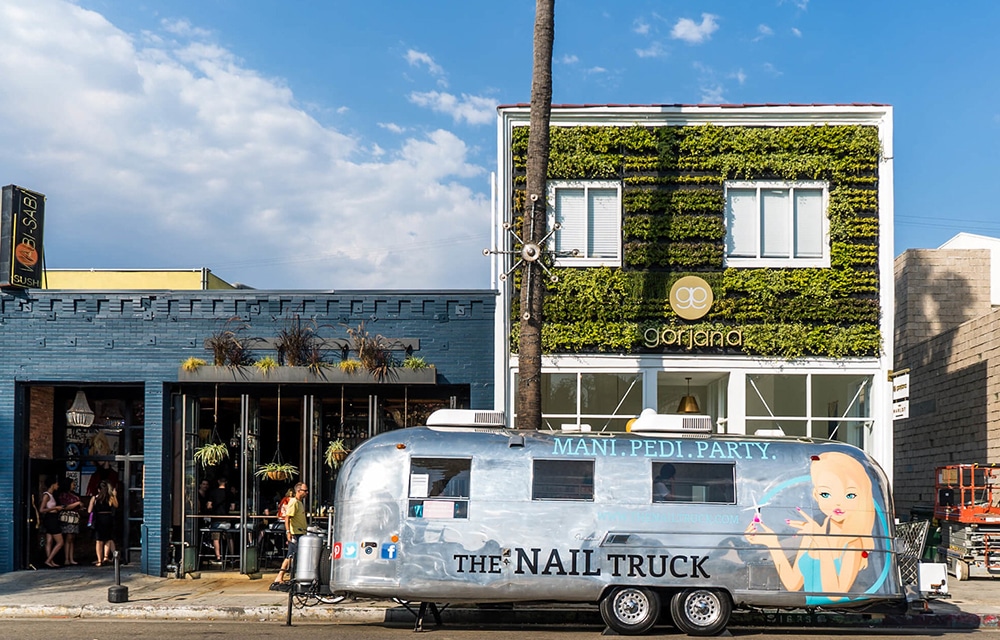 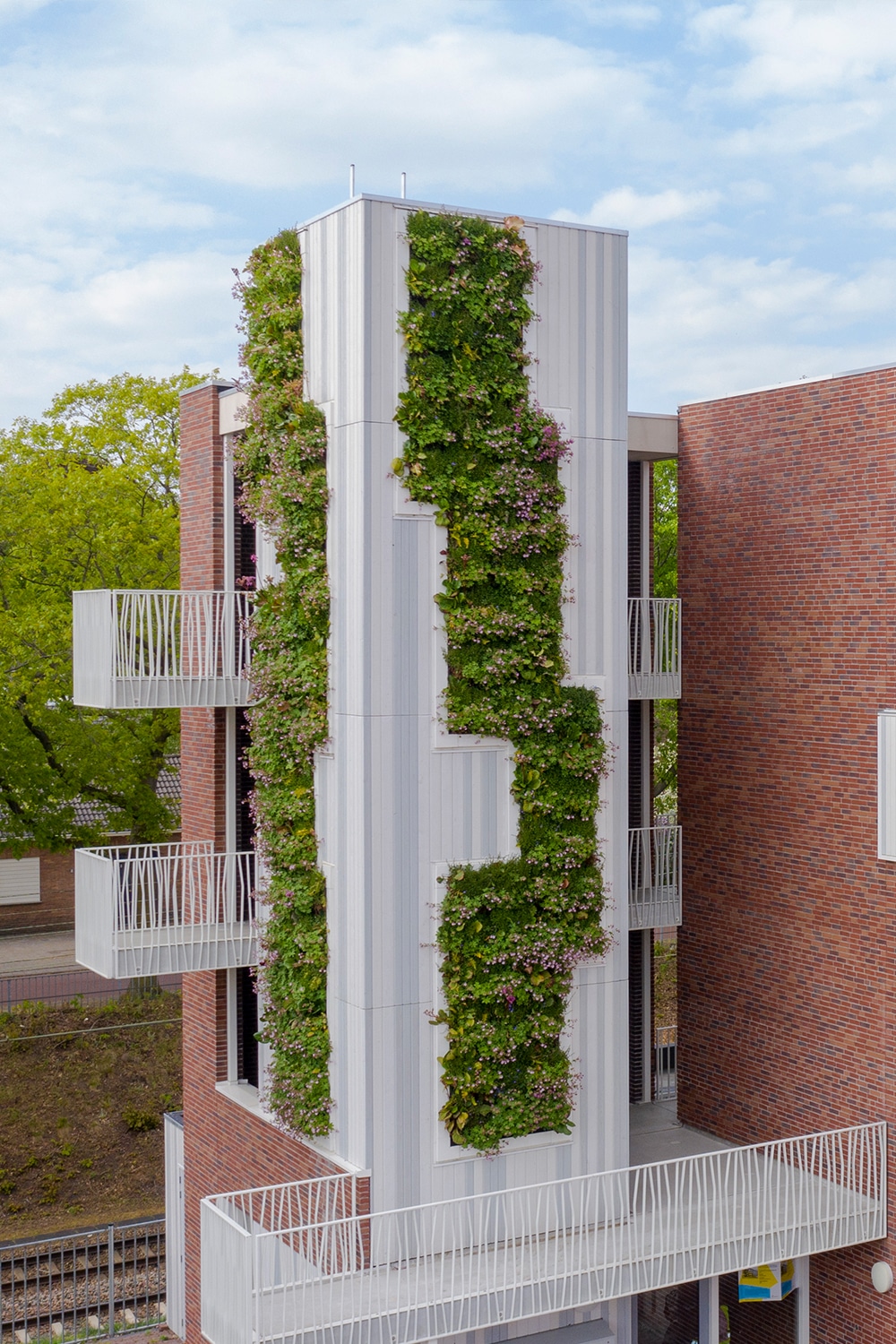