Sports giant Decathlon extended its stores into Ireland in June 2020 with the new opening of its impressive Sports Hub in Dublin at Ballymun. Not only does this flagship store make an impressive statement in terms of the company’s expansion programme, but it also strides forward in sustainability and biodiversity.

Making heads turn on the north and west facing walls at the store’s entrance is a living wall.  The green wall was installed and planted to a specific pattern, using numbered pre-planted cassettes to create the vertical display of around 4500 plants. The plant choice was deliberate, as suggested by Mobilane and agreed with client and contractor prior to supply; a combination of Carex oshimensis Evergold and JS Greenwell for a contrasting flash of gold and green extending out from the store’s branded signage.

The living wall was assembled and installed along with its automatic irrigation system by Avara Landscapes on behalf of Mannings, the main building contractor.

Construction started in Autumn 2019 on the new store, with plans for Cork, Galway and Waterford in the offing as well as two stores across the capital. The 17000 square metre Ballymun store in Dublin incorporates the retail store and Sports Hub with an outdoor and indoor play area for customers to test products. The hub sits alongside Decathlon Ireland’s new corporate headquarters.

The living green wall adds almost 100 square metres of foliage and flower to the complex, reinforcing the company’s commitment to green building. It complements the store’s landscaping on the approach and parking area which features natural reinforced grass surfaces and tree planting as well as low-level shrub and ground cover between bays. The living wall contributes to the building’s achievement of BREEAM sustainability certification alongside its solar panels that provide 20% of its total energy consumption.

Its sustainable credentials were fundamental in the building’s delivery, as Retail and Ecommerce Leader Kieran O’Shea details: “When we designed this building, we wanted to make something different for customers. Our traditional Decathlon store blueprint is quite similar but with this one specifically, because it’s a property site and because we’re here for life, we wanted to do many things differently.” said Kieran.

Extending greenery on a vertical plane

The living wall, created from Mobilane’s LivePanel green system, is a unique vertical greenery option for buildings and fascia. Maximising the number of planted options means more foliage and a more naturally pleasing visual impact on a building’s wall space, as well as the added biodiversity and air-purifying qualities plants bring. The exchangeable cassette system means that themes and plants can be changed and updated to suit, with its set-up fitted with automatic irrigation to keep plants at their optimal moisture, health and growth potential.

Decathlon’s O’Shea is delighted with the way the living wall has added a natural crowning glory to the new store and says he has received many positive comments reflecting its visual beauty from store visitors and customers.

Decathlon has an ambitious programme of new store openings and their management teams will be looking at Ballymun’s living wall success as the catalyst for future green store initiatives.

When we designed this building, we wanted to make something different for customers." 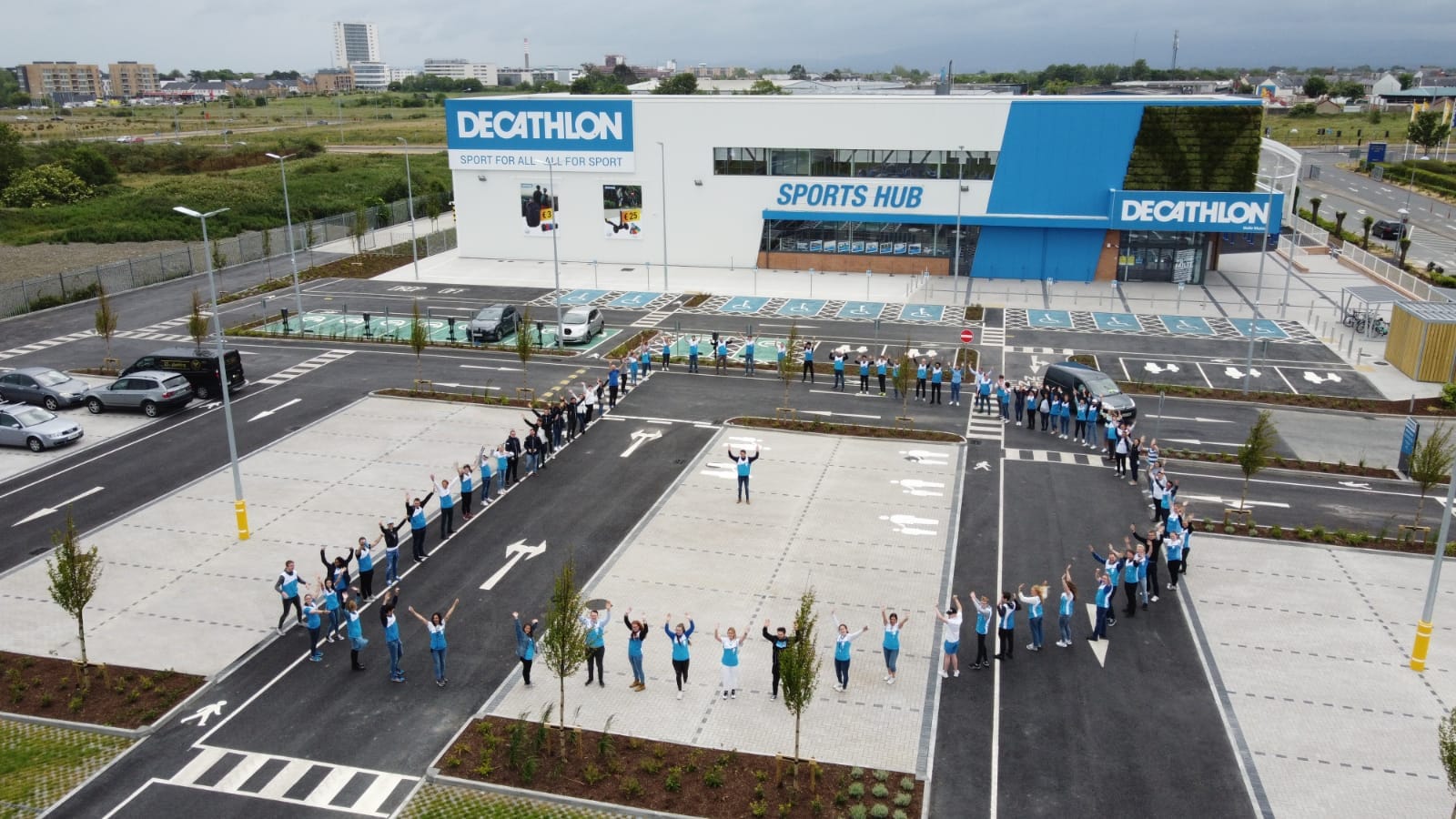 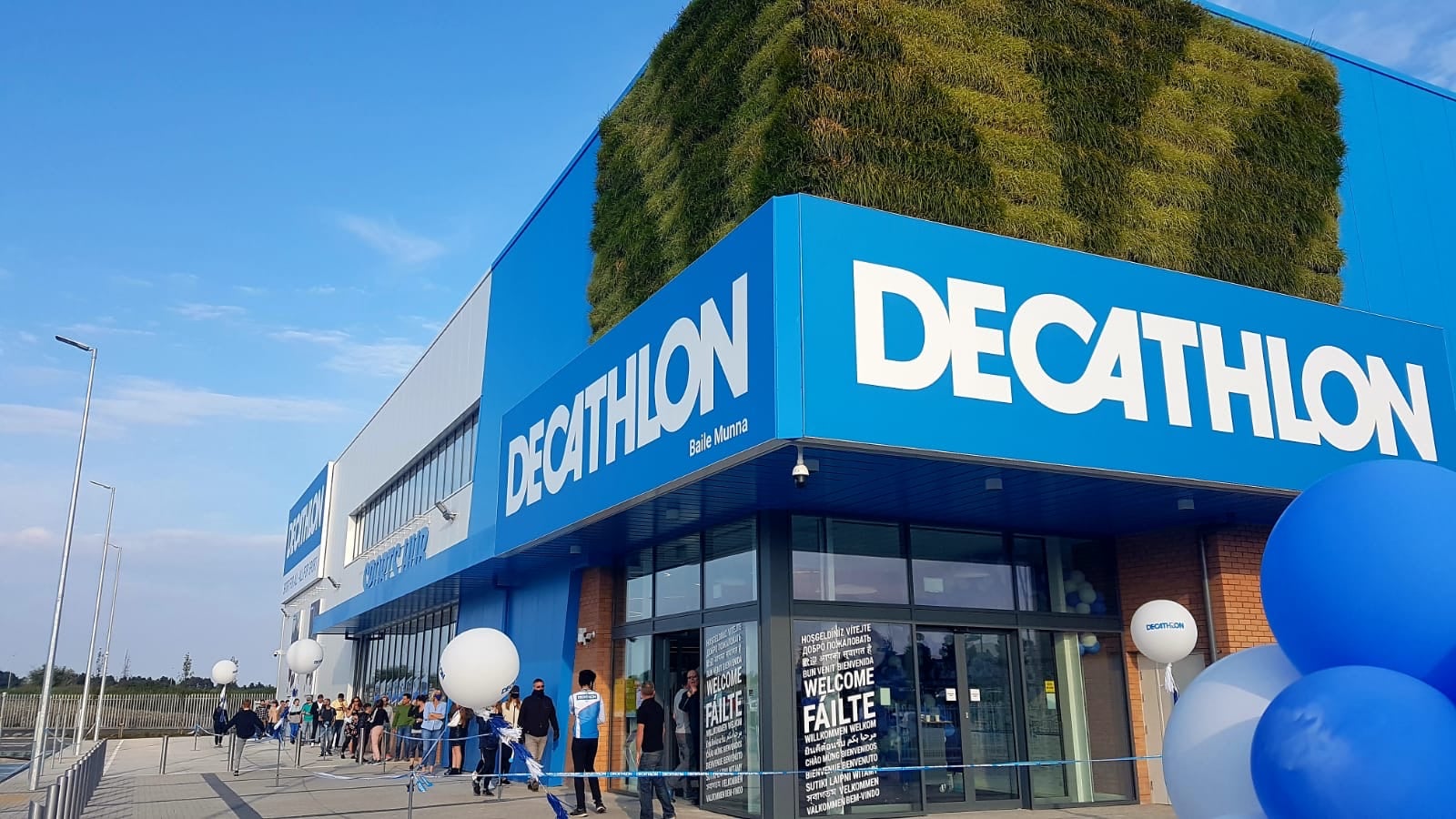 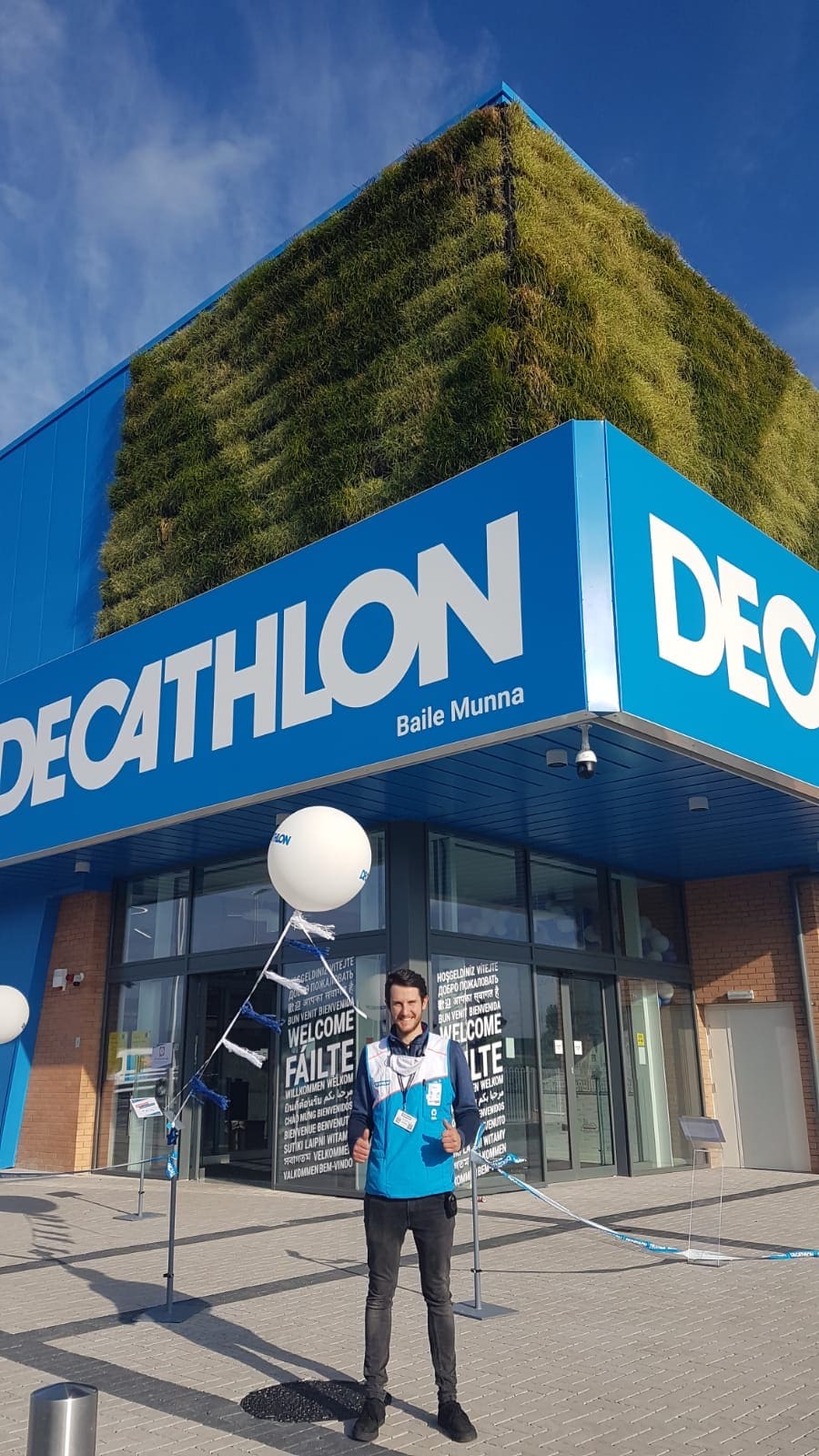 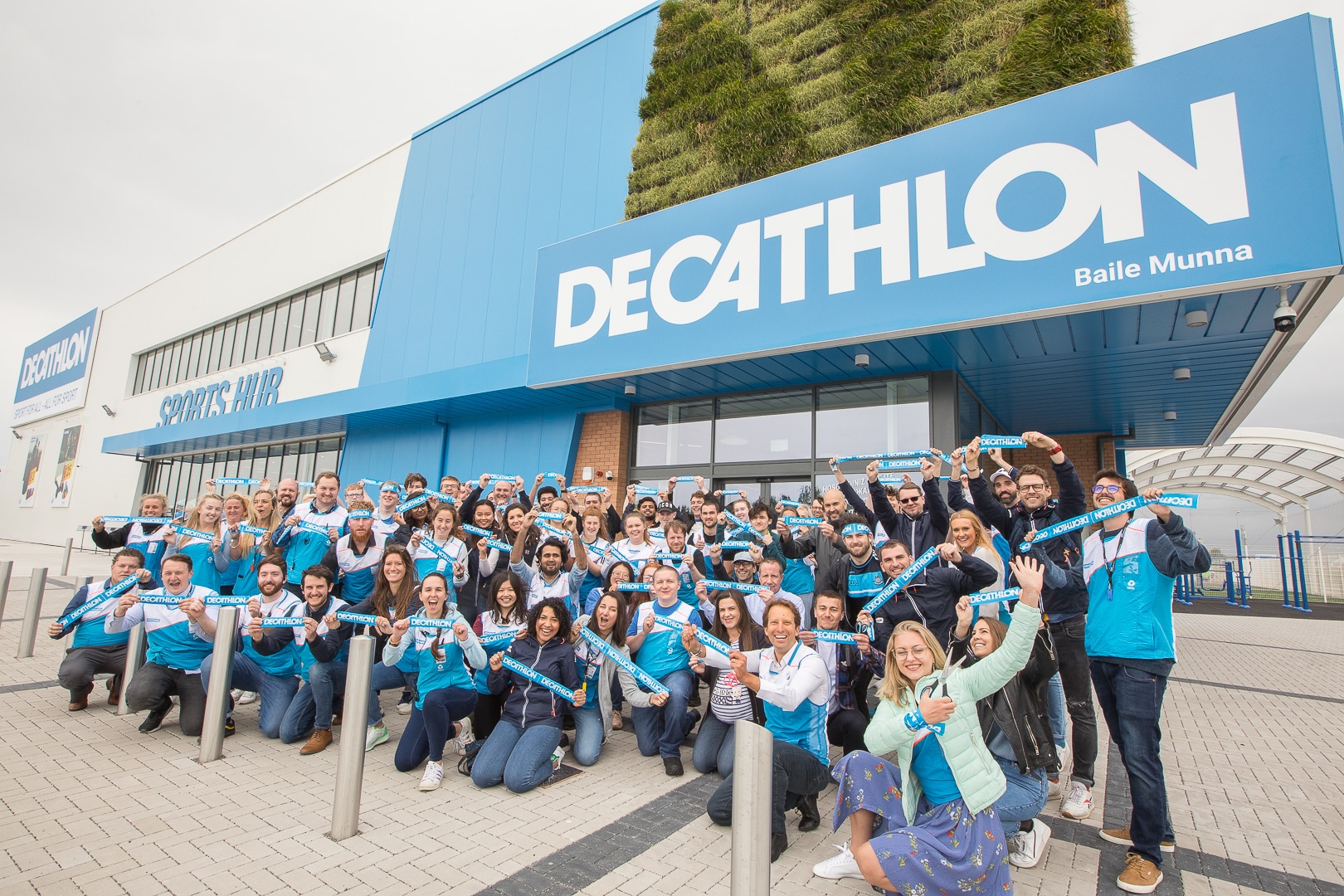