The new underpass at the Delft Campus station is covered with greenery with the Mobilane Green Screens. In total, 60 Hedera helix Woerner Green Screens with different heights were placed. The instant green hedges were installed by Lex van Wijk Hoveniers. The Municipality of Delft wanted to make the tunnel green. The Green Screens provide a natural and green look to the underpass. This contributes to the biodiversity and cooling of the Delft Campus station and its surroundings. In addition, the hedges also capture fine dust and prevent graffiti. 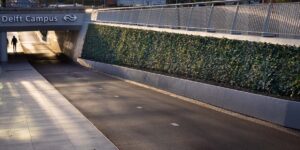 On 21 June, the new underpass was opened and serves as a bicycle and pedestrian underpass at the railway. The new bicycle and pedestrian underpass has been positively received by the train passengers and students because the tunnel contributes to better accessibility and saving of time. The tunnel also contributes to an easy and safe connection between the station area, Delft University of Technology, the Schieoevers area and the residential areas Tanthof and Voorhof. At the tunnel, twenty 1.80 m hedges, six 2 m hedges, six 2.20 m hedges and twenty-eight 3 m hedges were installed. The hedges are placed in steel planters against the northern tunnel wall. The Mobilane Green Screens green the majority of the wall and transform the tunnel into a green tunnel. “A great result, the entrance to the station and through route get a green accent in one go. A valuable contribution to a greener Delft Campus station environment”, Anja Schmal – project manager Delft Campus station of the Municipality of Delft. 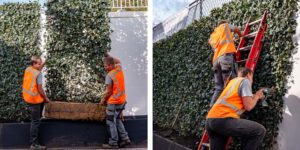 A green tunnel with instant green and sustainable hedges

For greening the tunnel, Mobilane Green Screens were chosen. Lex van Wijk from Lex van Wijk Hoveniers tells: “The client’s request was to have an instant solution. When thinking of a ready-made solution, the connection is then quickly made with the ready-made Mobilane Green Screens. It is a strong plant and it grows well. The end result is beautiful, you have a finished look right away. We have already received many positive reactions. You can directly show something so the client instantly has a view. It is immediately green, you don’t have to tell that it takes some time to grow, great!” The installation process of the Green Screens was also experienced to be positive. “We have been working with the hedges for quite some time and the advantage is that it is easy and fast to attach. The biggest advantage is the immediate final result”,  says Lex van Wijk. Lex van Wijk Hoveniers is also in charge of the maintenance and water supply. 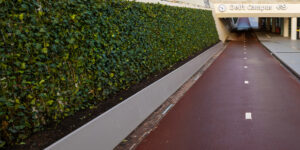 A great result, the entrance to the station and through route get a green accent in one go. A valuable contribution to a greener Delft Campus station environment” 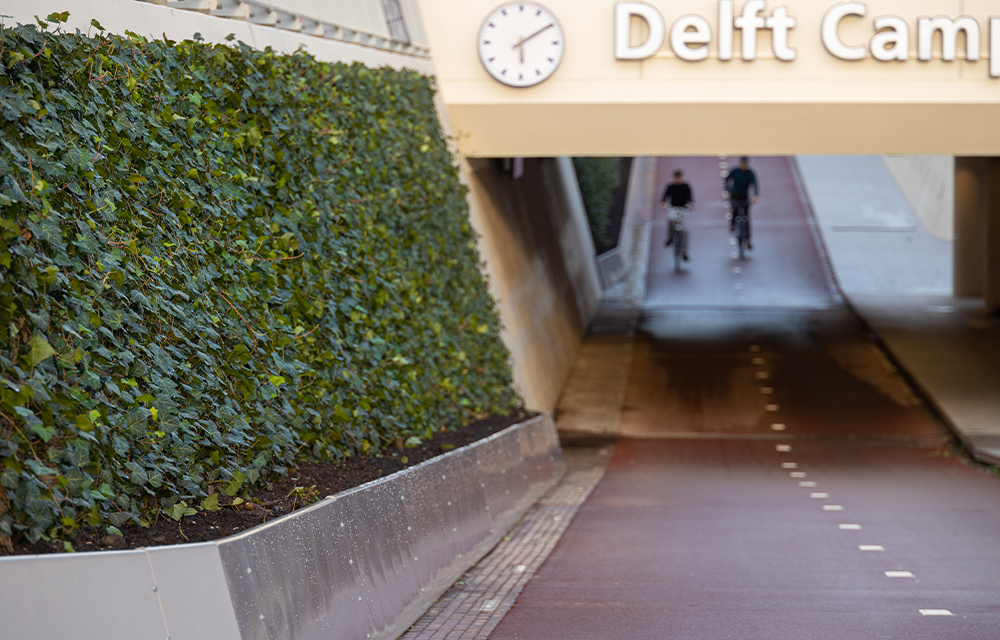 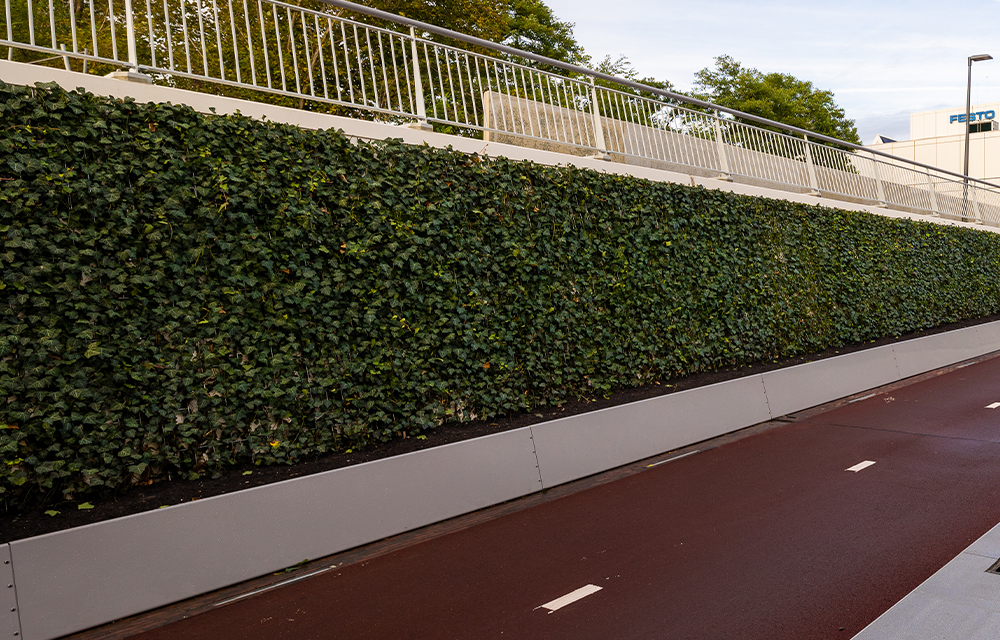 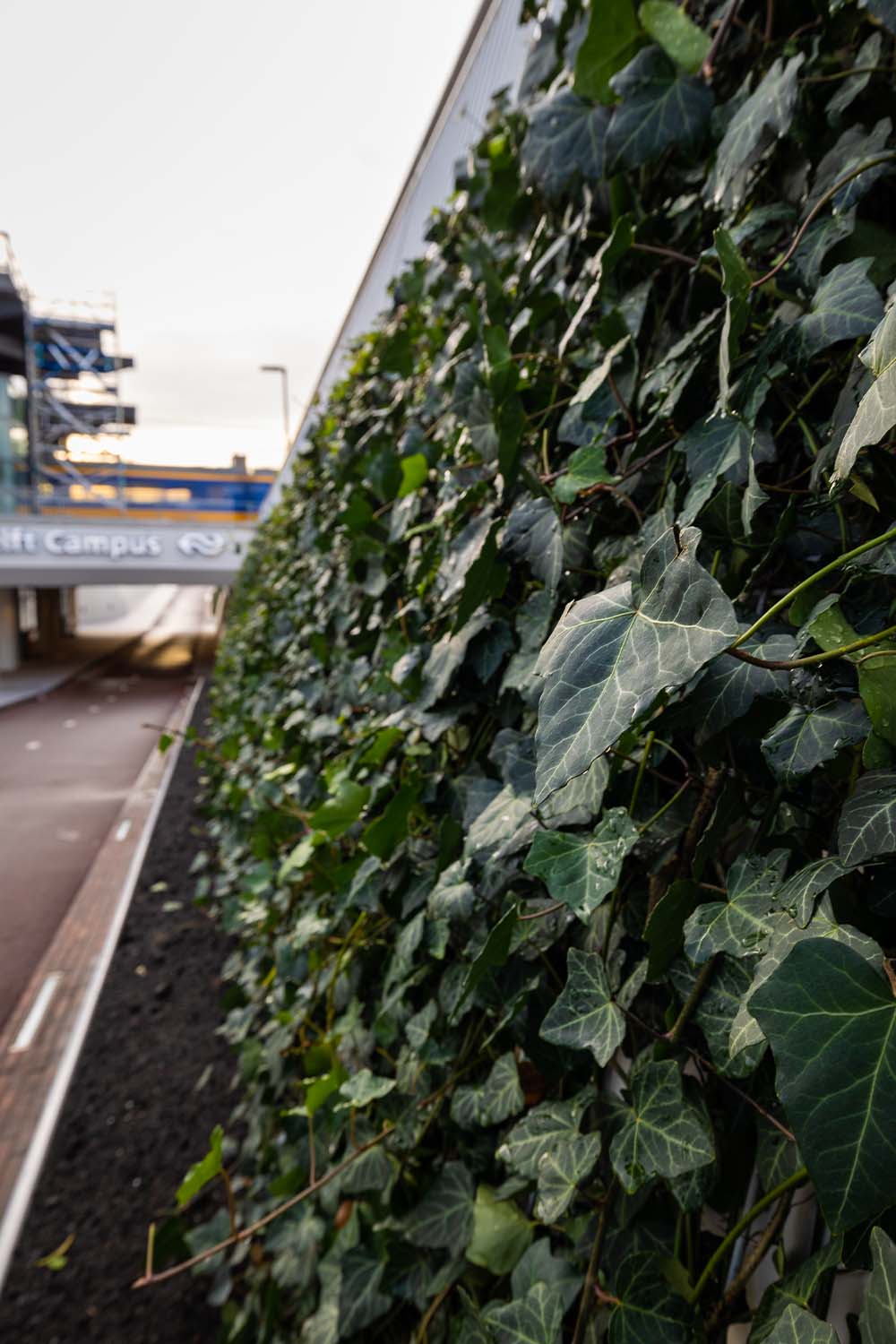 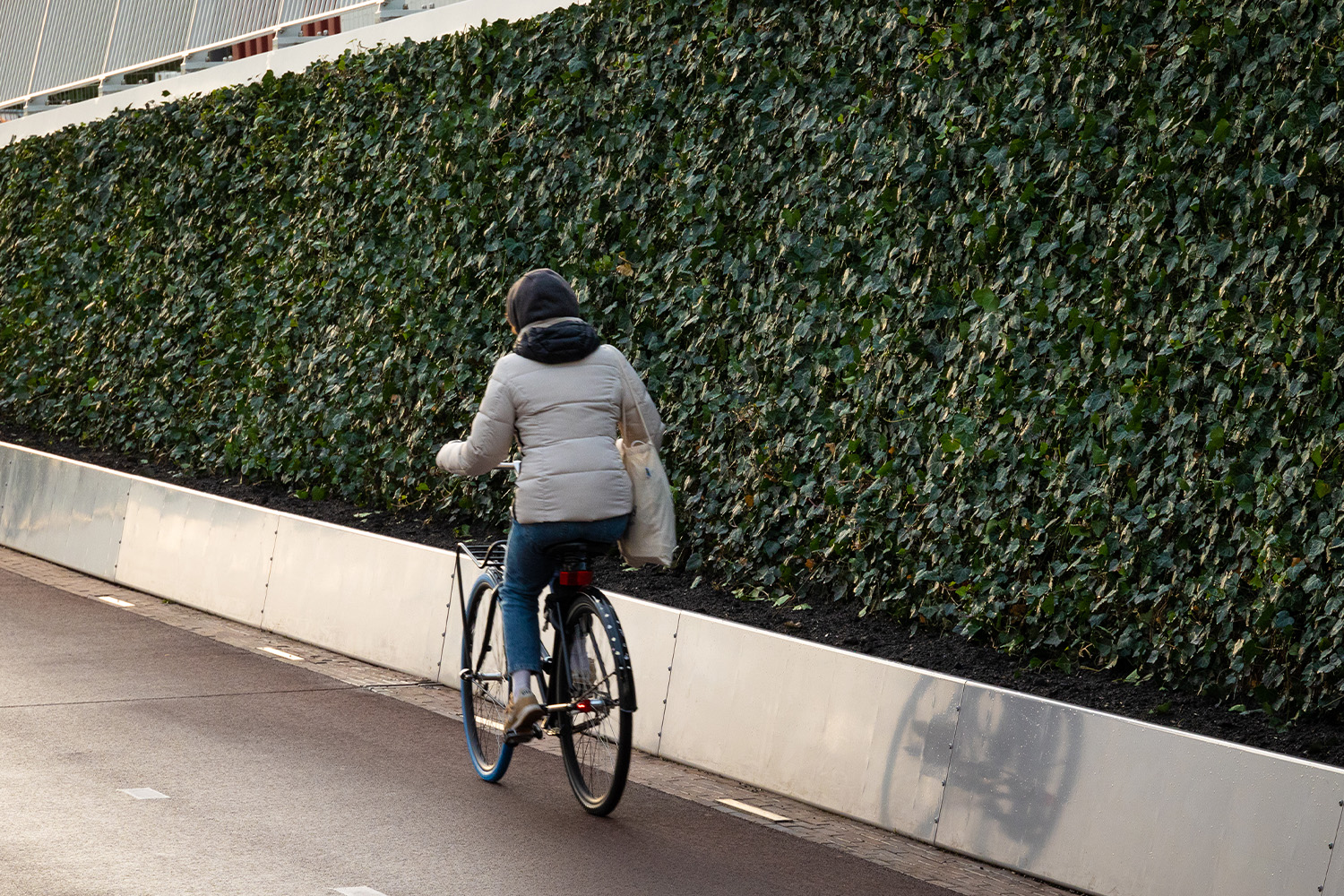