What is urban greening? 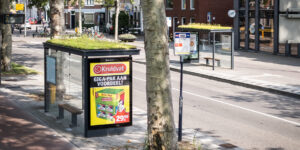 The importance of urban green spaces

Nowadays, the importance of urban green spaces has been realised by many. Green spaces play an important role in improving urban areas, contributing to combatting the effects of climate change. Architects have therefore started to incorporate more and more greenery in the built environment. What first was understood as incorporating greenery in public spaces, parks, planting trees and landscaping has now shifted to incorporating vertical greenery on buildings such as a living wall on facades or green roofs on flat roofs. Through vertical green, green spaces can be created in urban areas where there is not enough space for the implementation of greenery. 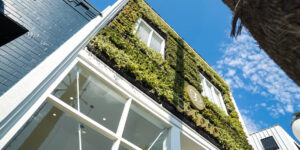 Urban greening and its benefits

One of the important benefits of urban greening is the added aesthetic value. In addition, not only is greenery pleasant to the eyes, research shows that a view on greenery contributes to reducing stress and improving well-being. Another benefit of urban greening is the stimulation of biodiversity. Vertical greenery such as living walls and green roofs contribute to biodiversity. The plants in the green roof and living wall attract insects such as bees and butterflies ensure cross-pollination which increases biodiversity. In addition, urban greening contributes to improving air quality by capturing fine dust particles and converting CO2 into oxygen. In areas where air quality has to be improved, this can be easily realised with urban greening.