A green flat roof in the middle of Amsterdam!

Urbanization is the gradual expansion of intensively inhabited areas as a result of population growth and changes in the life pattern of the population. A problem that has arisen is that there is little room for greenery since the cities are overcrowded. A solution for this is making unexploited flat roofs in the city green.

Muncipalities in the Netherlands are increasingly encouraging this solution by granting subsidies for the construction of a green roof. The government also sees potential in these unexploited flat roofs. Amsterdam only has twelve square kilometers of unexploited flat roofs, which is 25 times the Vondelpark. If we look at the Netherlands on a whole, 400 square kilometers of flat roofs are still unexploited. This is approximately equivalent to 60.000 football fields

Green roofs have a lot of benefits for the residents of the city, entrepreneurs, and the environment. The green roofs capture fine dust, stimulate biodiversity, regulate the temperature of the building, cool the city, retain the rainwater and consequently slow down the peak drainage during heavy rainfall. In addition, they also look beautiful.

Create green in the middle of Amsterdam

Recently, a green roof with sedum cassettes has been realized in the centre of Amsterdam. These are the Mobilane MobiRoof cassettes with 5 to 8 different types of sedum plants. A balcony that previously looked similar to all the other balconies now stands out because of the fresh green border behind the railing. The resident of this home wasn’t allowed to expand further and therefore opted for a green roof. In this way, you can create the feeling of a green garden, even in the middle of Amsterdam. Did you know that the muncipality of Amsterdam grants subsidies for green roofs & green facades. View the conditions.

To expand greenery in your balcony, you can opt for the Mobilane Green Screens in a hardwood planter. In this way you create a garden feeling on your balcony. You will have immediate privacy, a natural separation,  and a full-grown green hedge. 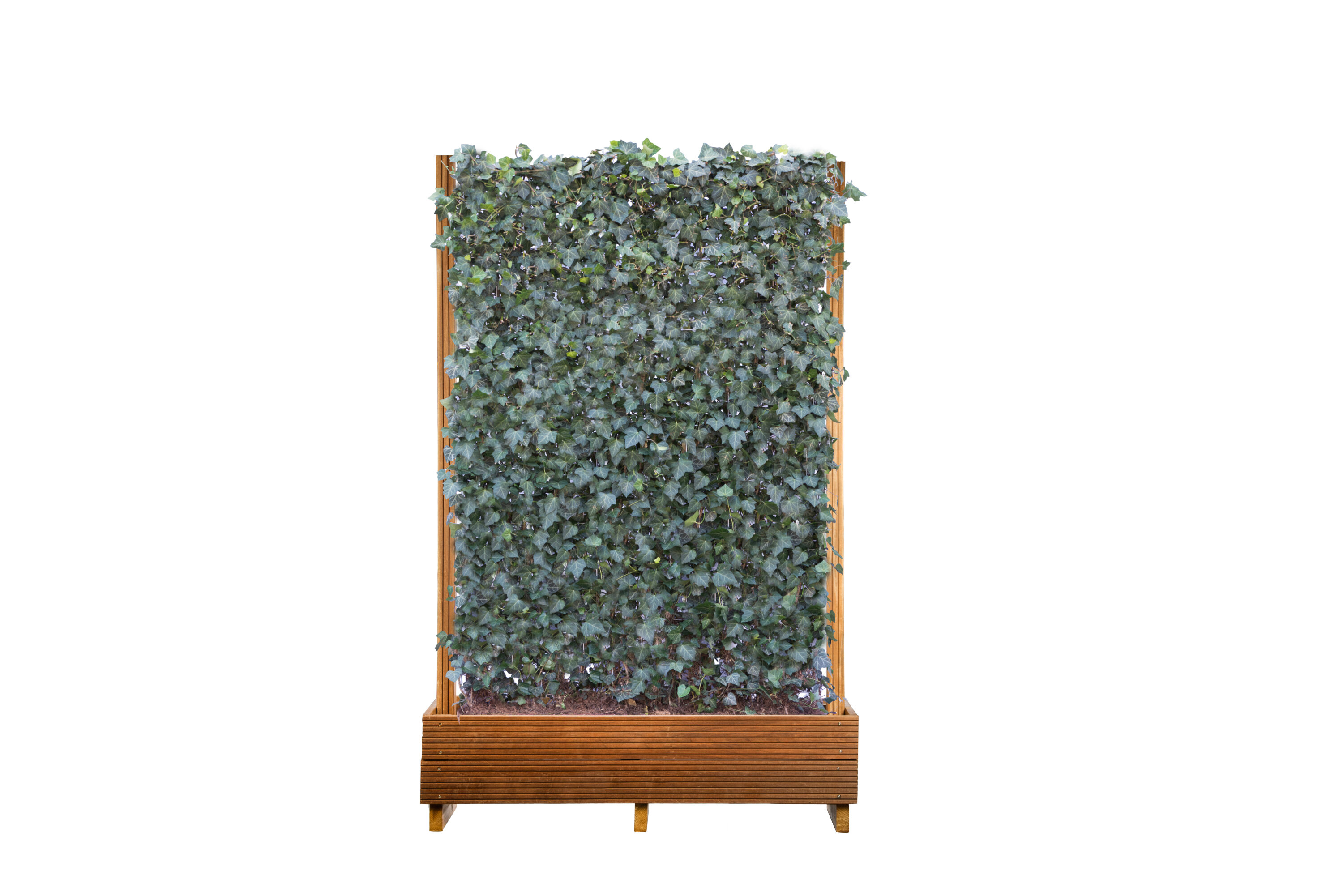 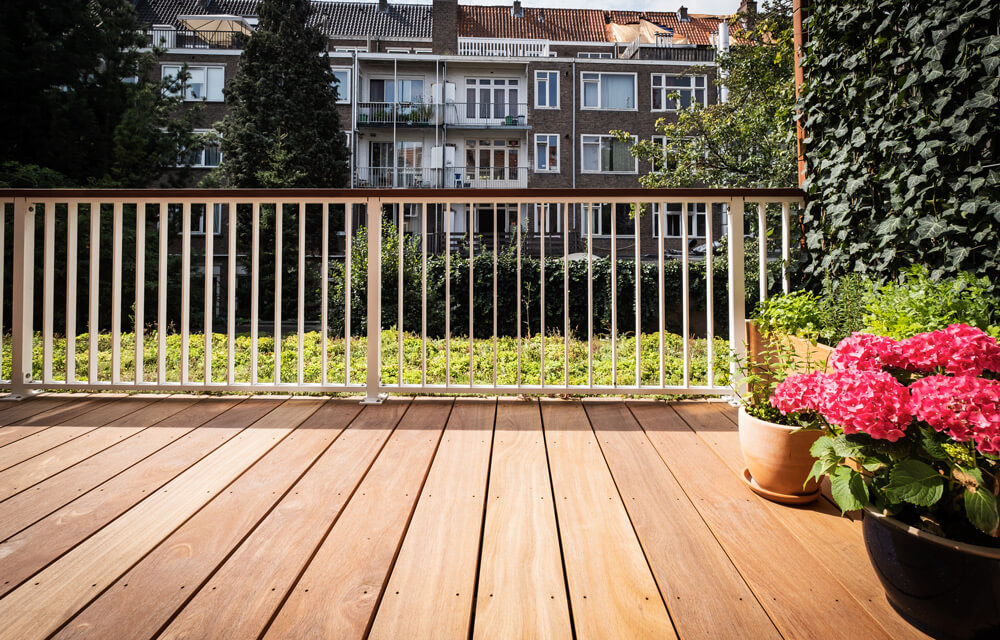 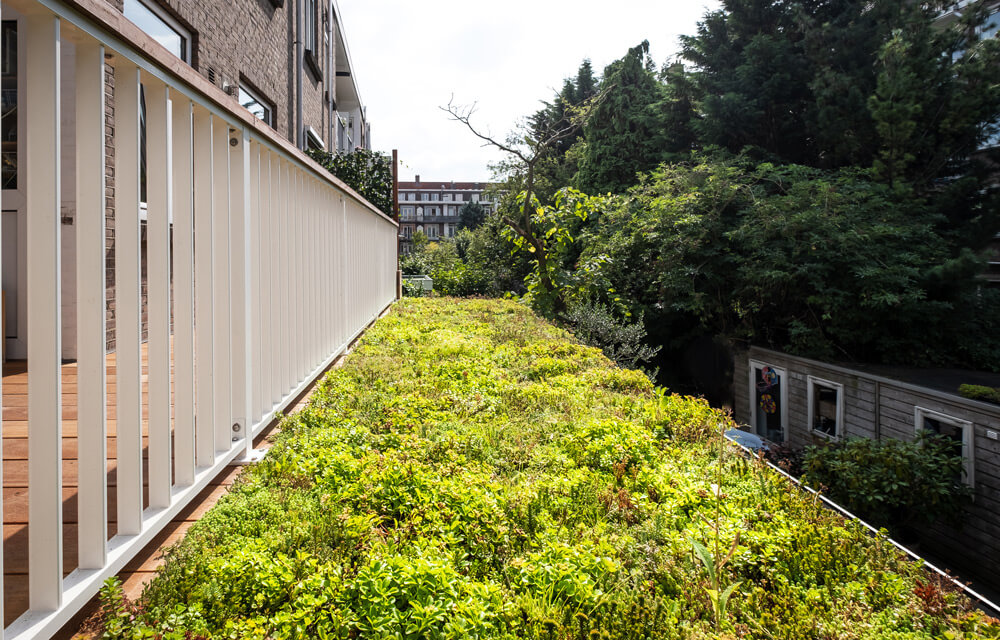 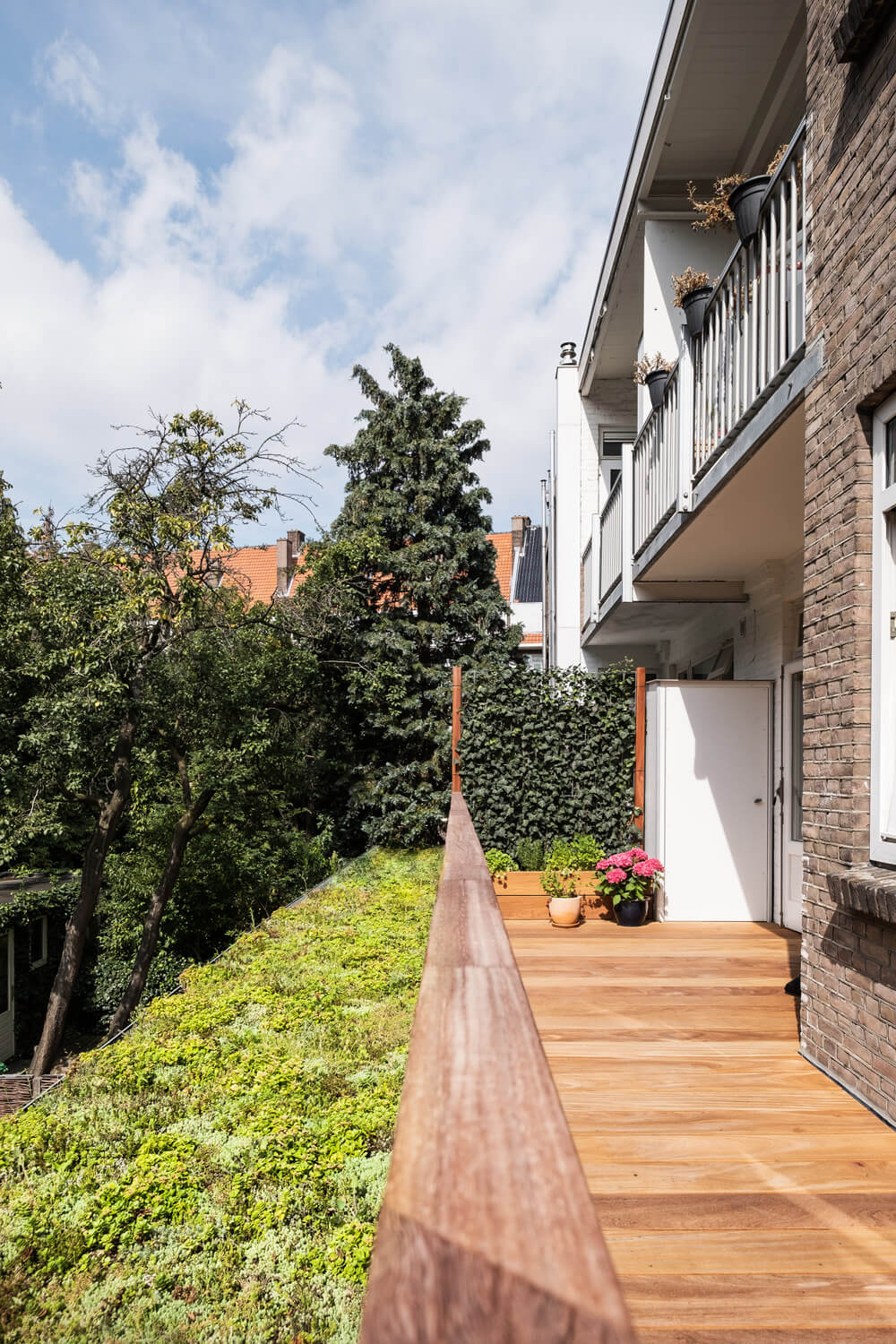 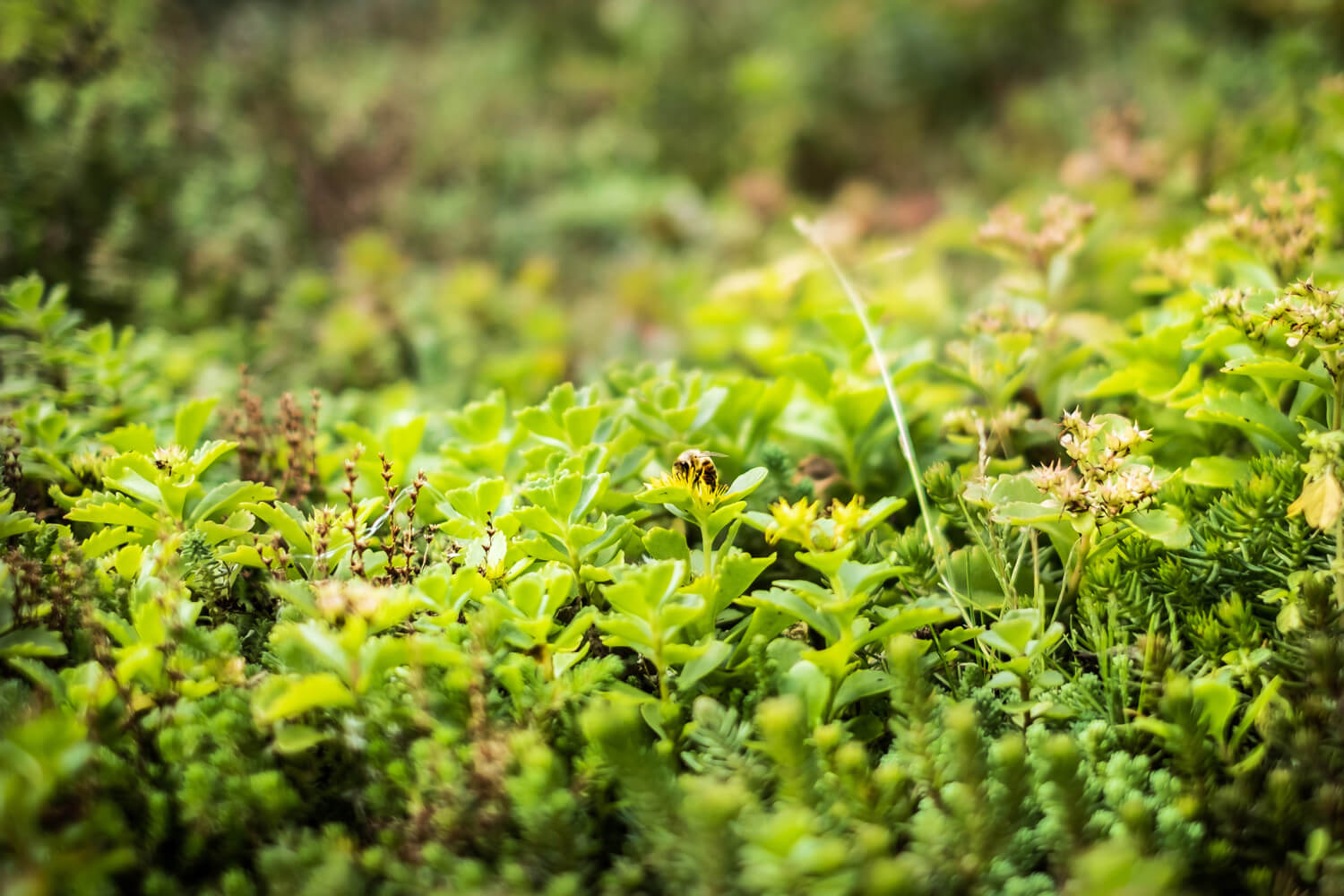 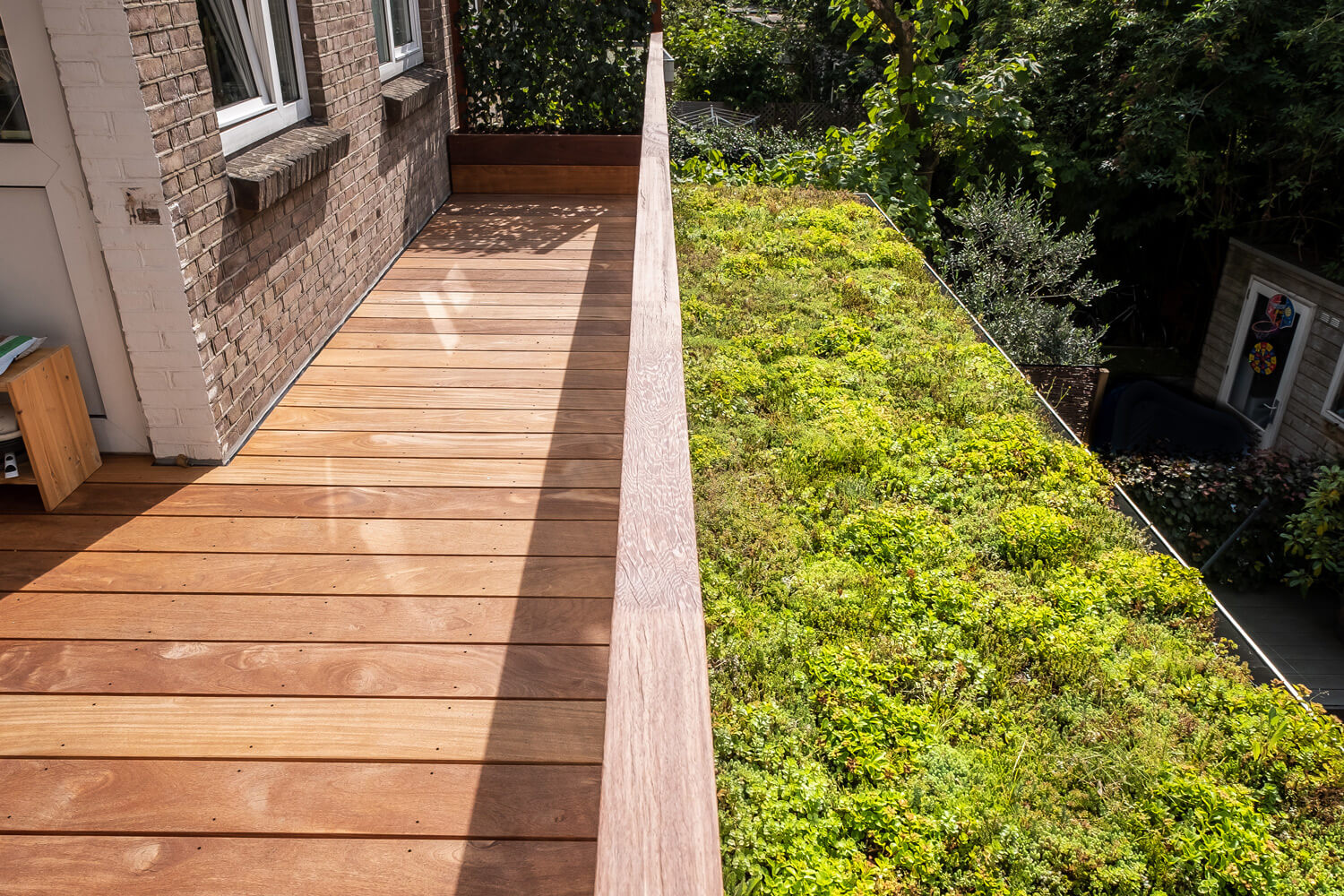 A green roof in Murnau near the Alps