A design first discussed back in 2015, the natural living ivy screen in King Edward Memorial Park now leafs the way whilst construction continues on the Thames Tideway Tunnel at Shadwell. The 140 linear metre stretch reduces the adverse visual impact of construction hoardings in the Park. Not only is the bespoke installation of Mobilane Green Screens seamless – you won’t spot any of the screen baskets – but it is fulfilling its responsibilities in improving the air quality too.

Work began on the tunnel in early 2017 and is due to complete in 2020. As the Park will not be closed at any time, it is vitally important that the construction work does not detract from the visitor experience. Introducing the ivy green screens from Mobilane ensured the minimum of visual disruption.

King Edward Memorial Park was opened in memory of King Edward VII in Shadwell in 1922. All 3.3 hectares of the park sits within the London Borough of Tower Hamlets on the northern bank of the River Thames.

Draped in Hedera Helix Woerner, the 2.2 metre high screen installation was completed in September 2017 by the team at Treebox after close liaison with Mobilane UK in product specification, selection and customisation. Three weeks to complete, the resulting backdrop plays an important role in hiding and healing the harsh lines of the security compound alongside the walkways and the Thames.

The project required a strict regime of health and safety on site after specialised training for all involved as there are a number of large cavities and shafts around the Thames Tideway Tunnel project.

The process took place in four simple stages. Firstly, the galvanised steel brackets were affixed, positioned with precision to ensure they would be both secure and hidden under the screen. Next, the polypropylene planters were set in place, with the screen structure folded and inserted to finalise the planted element. The last step was to install the system’s drip irrigation and controls.

Visual impact of a different kind

The result is a continuous line of plants to flank the pathway, disguising the compound boards and adding an extra planted element with depth and foliage interest. The screens have generated instant positive feedback from park-goers and the client alike. Impressed with the finished result, its installation and the simplicity of ongoing maintenance, the quality of the ivy screening has been specifically commended by Tideway. Following its successful installation, Treebox have also secured not only the maintenance contract of trimming and ongoing irrigation of this Mobilane Green Screen, but two additional contracts with the client as the tunnel project continues along Thameside.

Interested in screening and improving air quality in your landscape with Mobilane Green Screens? Get in touch. 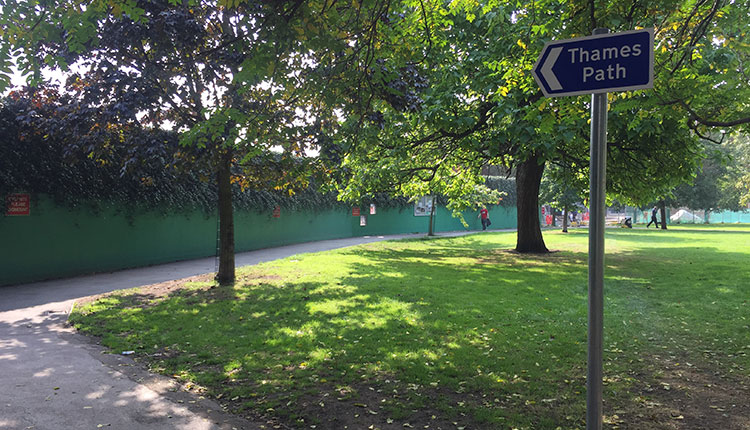 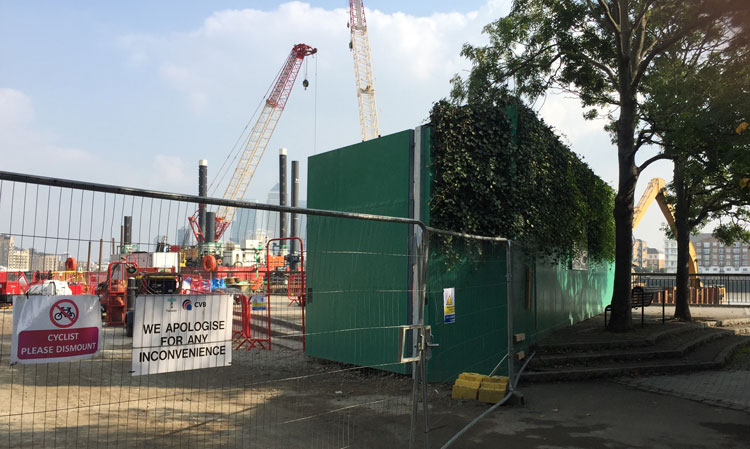 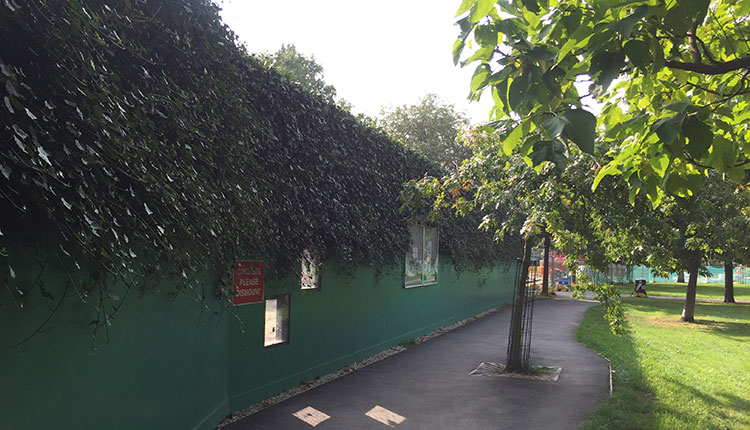 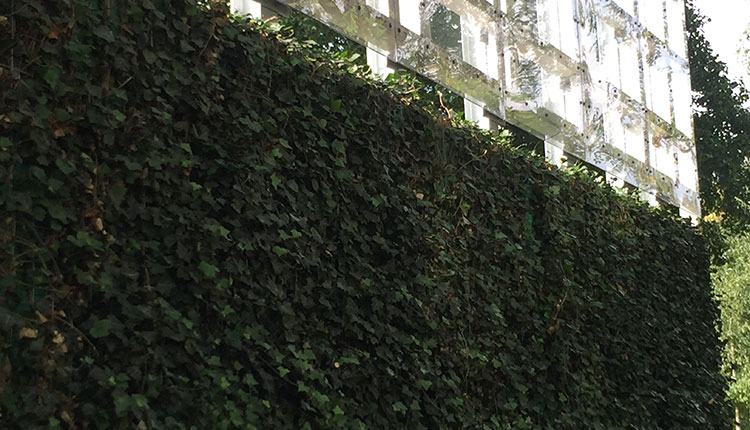