Serenity House is the first phase of Redrow’s regeneration of surplus land at the historic police training centre site at Hendon which will eventually see 1,650 new homes built at the site in a project that will take twelve years to complete, using Mobilane’s pre-cultivated screens.

As the cladding of the Sales & Marketing Suite was not suitable for a living wall system The Plantman suggested the use of Mobilane Green Screens to be installed against the building.

A Green Screen is a pre-cultivated screen which features a galvanised high carbon steel weldmesh that supports 65 ivy plants, each of which is trained through the mesh as it grows. Mobilane Green Screens are quick and easy to install either free standing or against a vertical wall, and the ivy requires minimal maintenance. As well as different species of ivy, Mobilane Green Screens can also feature Hornbeam, Beech, Ligustrum and Pyracantha. The screens come in a variety of lengths, and up to 3m in height. 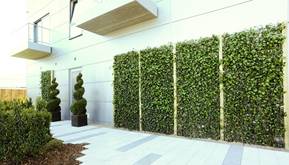 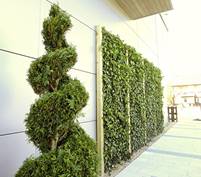 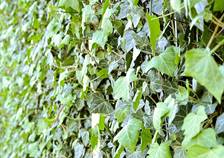 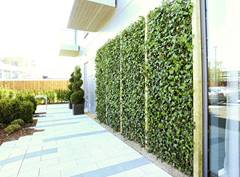 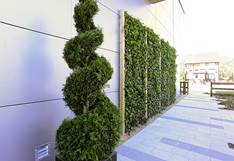