Green noise-reducing wall on the A2 with Mobilane Green Screens

From the A2 near Utrecht in the Netherlands, the new green wall that adds greenery to the noise-reducing walls around the new housing estate Rijnvliet is clearly visible. Greenery and nature are important in the residential area. Therefore, the municipality of Utrecht wanted the noise-reducing walls to be immediately green to give the walls a sustainable and green look. In addition, the green screens, which were installed on both sides of the noise-reducing walls, contribute to the biodiversity in the area and capture fine dust particles around the A2. More than 100 meters of Mobilane Green Screens have been used for the installation of the green wall.

Instantly a green appearance because of the Mobilane Green Screens

Commissioned by the municipality of Utrecht, Van Wijk Groenvoorziening installed 87 Mobilane Green Screens of 2 meters high against both sides of the noise-reducing wall on the edge of the residential area Rijnvliet, Leidsche Rijn, built in 2017. The residential area has 1000 (social) rental and owner-occupied homes and is located directly next to the highway. Last August, the municipality placed a noise-reducing wall on the intersection road of the Tyrusviaduct and the Stadsbaan Leidsche Rijn because of noise disturbance complaints. The Mobilane Green Screens were delivered fully grown. Therefore, the majority of the noise-reducing wall was immediately covered with greenery. In addition, the greenery is used to prevent vandalism, says Rob van Moorselaar from Van Wijk Groenvoorziening Nieuwegein, the executive company. “The municipality was afraid of graffiti on the noise-reducing walls. A hedge with a height of 2 meters makes this more difficult.”

When greenery is present in the neighbourhood and this is well maintained, vandalism is less common. Adding greenery to facades and noise-reducing walls is proven to be a preventive measure for graffiti. 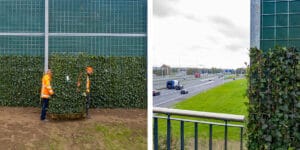 Benefits of the Mobilane Green Screens

Van Wijk Groenvoorziening has been a specialist for many years in the care and maintenance of green landscapes in the public space, including the residential area Rijnvliet. Rob van Moorselaar; “The beautiful green appearance, easy to maintain and there is immediately something visible when you pass by it. It is very nice to work with the Mobilane green screen, the screen is of good quality.”

Next to an immediate green result, the Mobilane ready-to-use green screen offers more benefits. An important benefit for the location at the highway is the capture of fine dust particles. The emission of fine particulate matter caused by the traffic on the A2 is captured by the Hedera leaves. Research has shown that the Hedera helix Woerner Mobilane ready-to-use green screens capture over 40% more fine dust particles.

The hedges also contribute to the recovery of the biodiversity in the neighbourhood and it offers shelter, breeding ground and residence to organisms such as birds, hedgehogs and butterflies.

Residential area Rijnvliet is a new water-rich neighbourhood where the water from the Rijnvliet area is distributed over four areas. The majority of the houses are therefore located near to greenery and water. During the construction of the residential area, the existing greenery was taken into account and the majority of the greenery has been preserved. Rijnvliet has been named the edible neighbourhood by the municipality and the residents. All plants in the area have been selected on the basis of having added value to nature. All the plants and trees in the neighbourhood produce food for other plants, trees, animals, residents and visitors. The new residents are therefore also asked to plant edible plants in the public space and in their own garden. The highlight of the residential area is the green lung, the Urban Food Forest. This is done with the aim to improve greenery in the city and, together with the residents, to actively reduce the effects of climate change.

The beautiful green appearance, easy to maintain and there is immediately something visible when you pass by it.'' 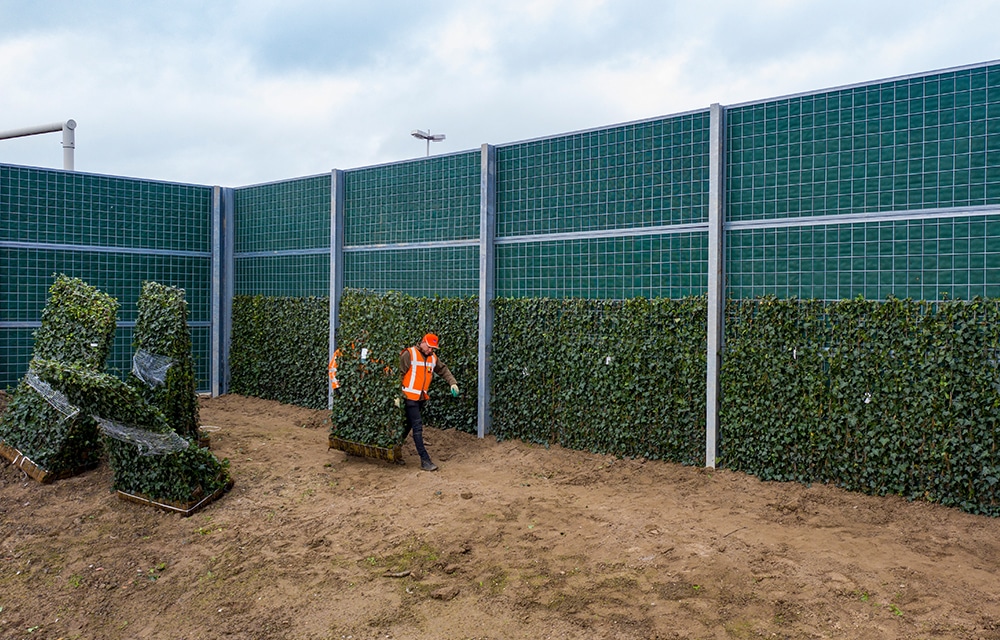 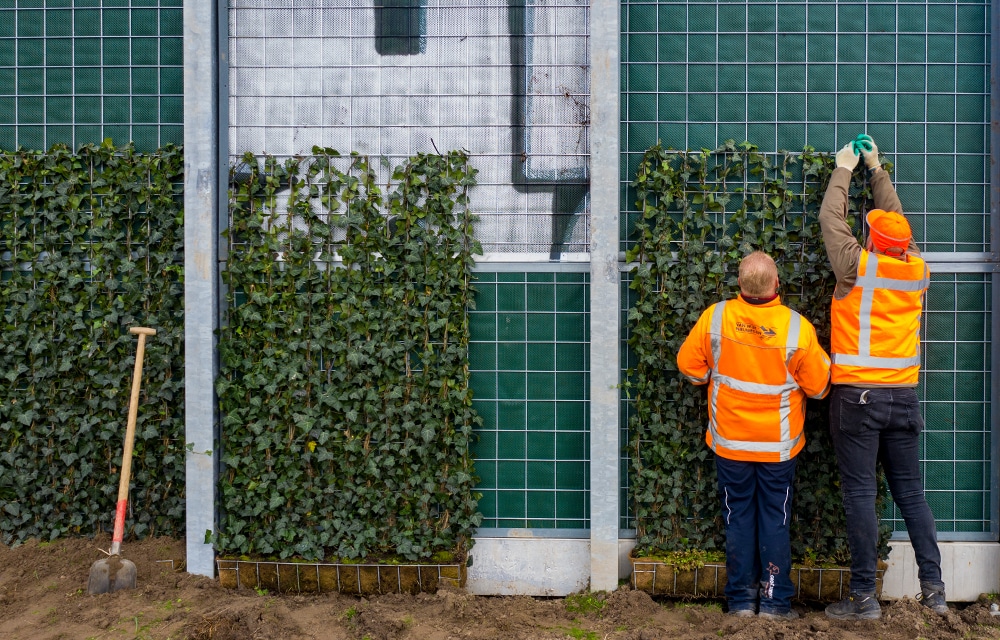 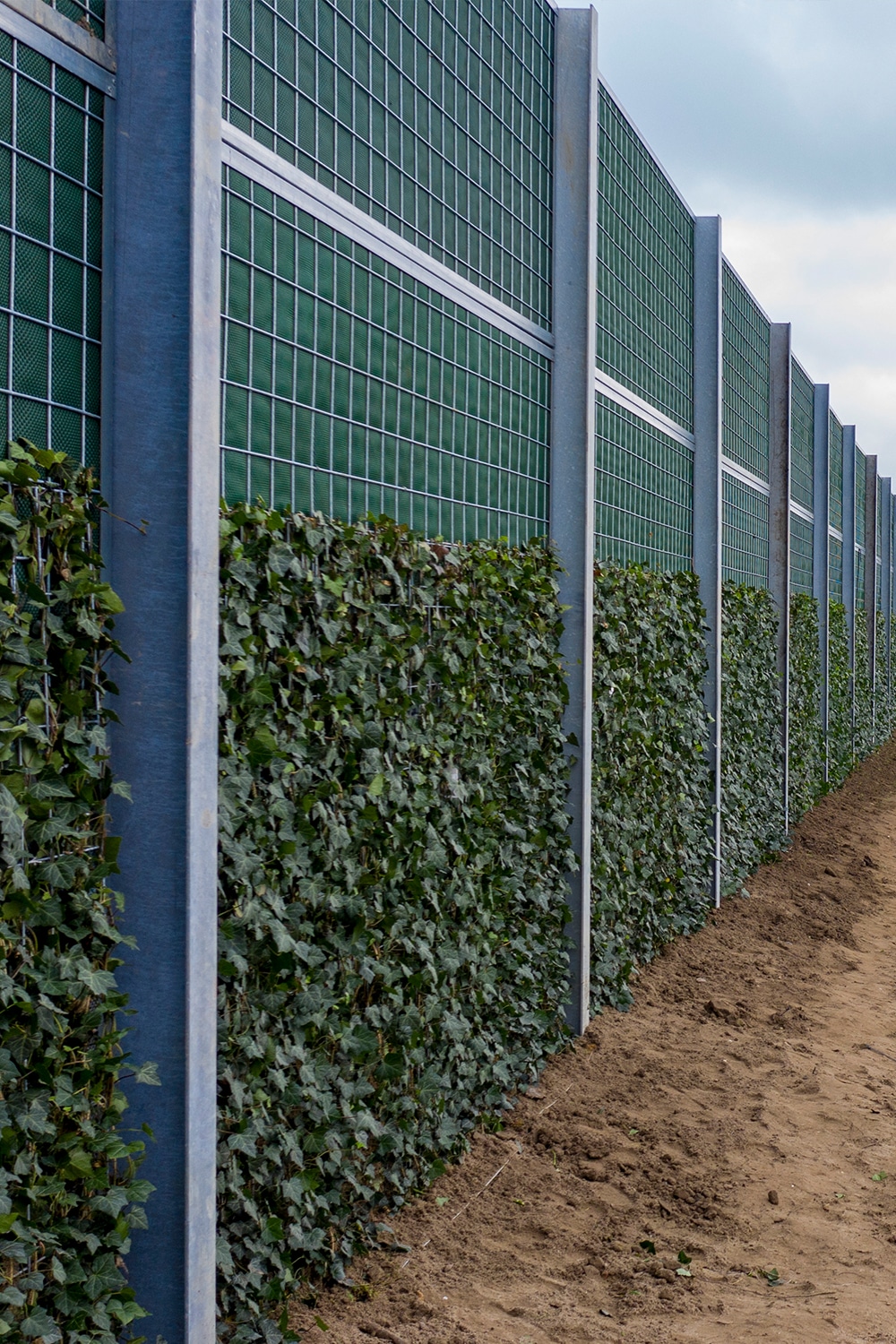 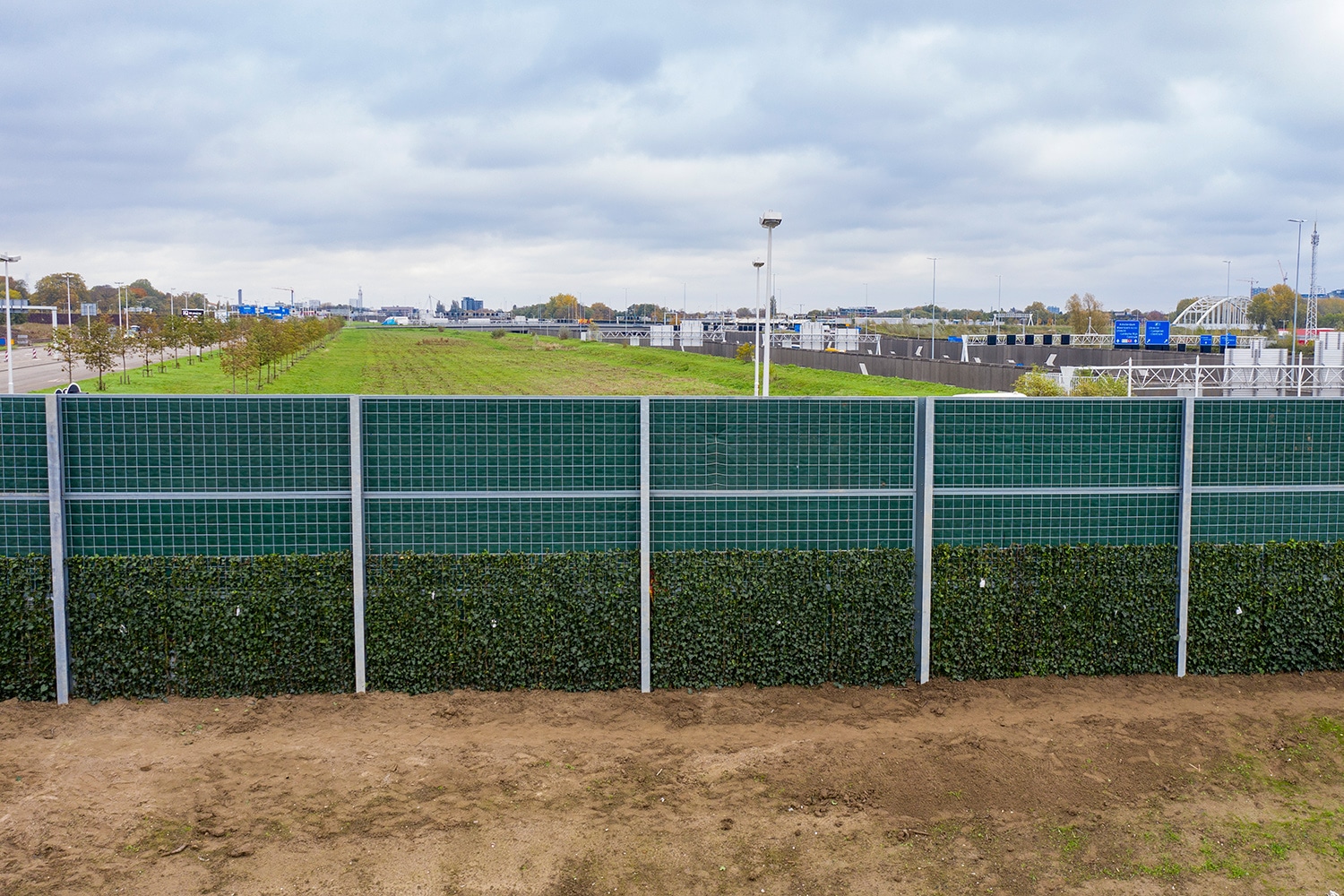