A stunning building stands out on the skyline of the Maaswaard neighbourhood in Venlo. The residential complex of 95 self-contained apartments is the city’s first circular residential building. The green facade is planted with seven different species of greenery across an area of 97m2 using Mobilane’s patented MobiPanel system. 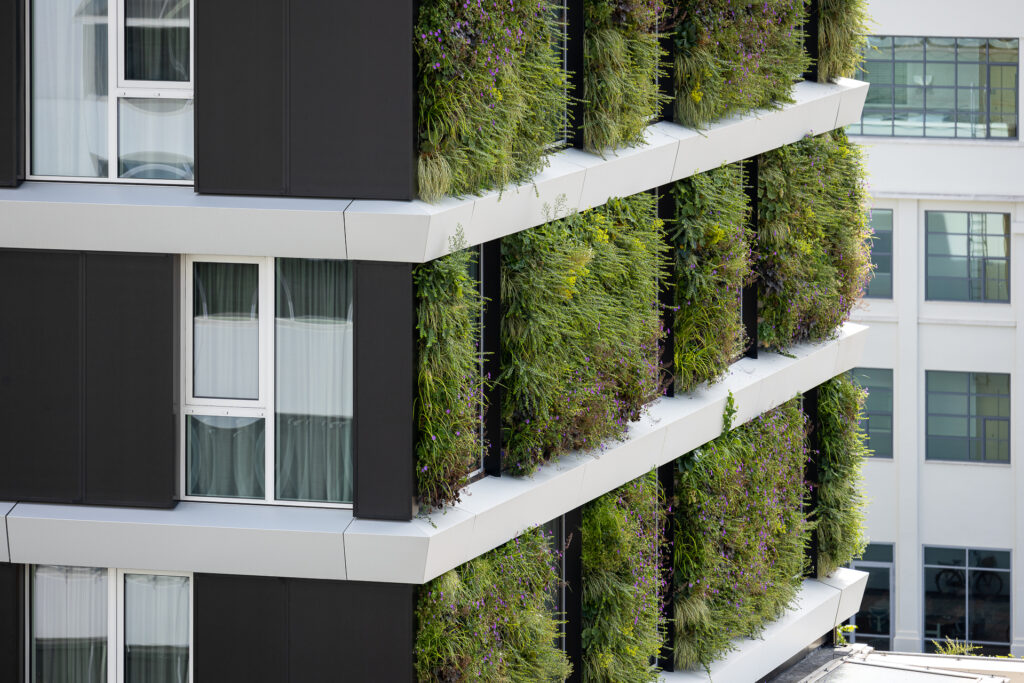 Kraaijvanger Architects from Rotterdam designed the complex in partnership with developers B-Right Urbanliving and Janssen de Jong and construction contractors Janssen de Jong bouw zuid. Back in 2020, the local authority published its ambitions for sustainability. Kraaijvanger Architects translated this vision into a design, which eventually resulted in this circular residential building with vertical greenery.

MobiPanel was specially developed to make future-proof and sustainable building even more accessible. The living wall system was developed with circularity in mind; all components are therefore dismountable, remountable and recyclable. Mobilane’s plant cassettes feature two spacious slots for plants of various sizes. The MobiPanel living wall system therefore lends itself to a wide range of plants. Water is absorbed from the internal water buffer via a capillary microfibre cloth. An automated irrigation and drainage system ensures a balanced water supply and efficient water consumption in the green façade.

Responding to the smaller household trend

Tommi Helgason, planning coordinator at Janssen de Jong bouw zuid, explains: “The building is adjacent to Venlo town hall, which is a circular building with green walls accounting for a high proportion of the facade. The architect used the green walls to integrate the residential building into the town hall design. Everyone is very happy with the result; it looks great.”
All new apartments are built directly adjacent to the town hall. The building is a circular cousin to the original cradle-to-cradle administrative building, with tweaks for residential use, resulting in a comfortable and ambitious biophilic design project. This complex has been designed with 80 two-room apartments and 15 studios. This was done in an effort to cater to the ever-increasing demand for single and two-person households in Venlo.

To seamlessly integrate the new building with the existing town hall, the complex was also constructed using wood, aluminium and concrete (some of which was recycled). The residential building also features green facades. These bring nature into parts of the complex and provide a new habitat for birds, insects and other species. The seven different plant species – including campanula poscharskyana ‘Stella’, bergenia ‘Bressingham White’ and geranium ‘Rozanne’ – combine to produce a fantastic sea of purple flowers during the blooming season.

“Like the town hall, the residential building also has its own striking green facade”, says Hashmat Fagirzada, project manager and designer at Kraaijvanger Architects. “The primary purpose of this green facade is to enhance air quality in Venlo. The plants used in the facade were specially selected for their positive effects on air. They convert carbon dioxide (CO2) into oxygen, filter out fine particulate matter and absorb nitrogen oxides and ozone. The vertical greenery also naturally insulates the building against heat, cold and noise. It boosts biodiversity, as the plants on the apartment building have been chosen to complement the greenery at street level. This helps to boost nature on many different levels. The plants also add moisture to the air in the building.”

For the residents of the building, the impact of these sustainable design decisions is not just environmental; social sustainability is also central to the concept. The shared green spaces, such as the internal courtyard garden, the laundry room and the meeting space, encourage residents to stay in touch – a great benefit for smaller households. 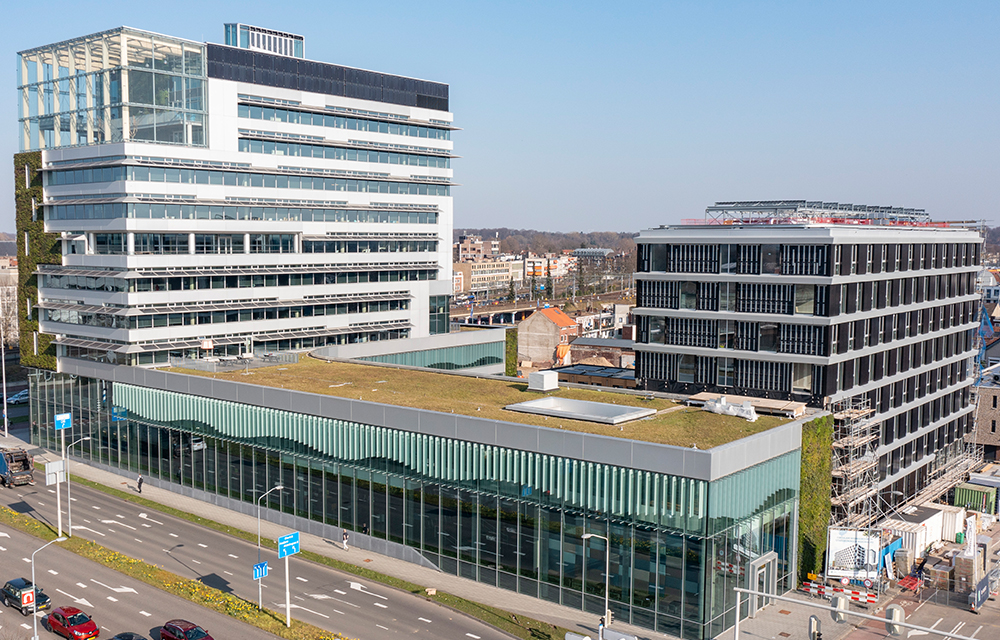 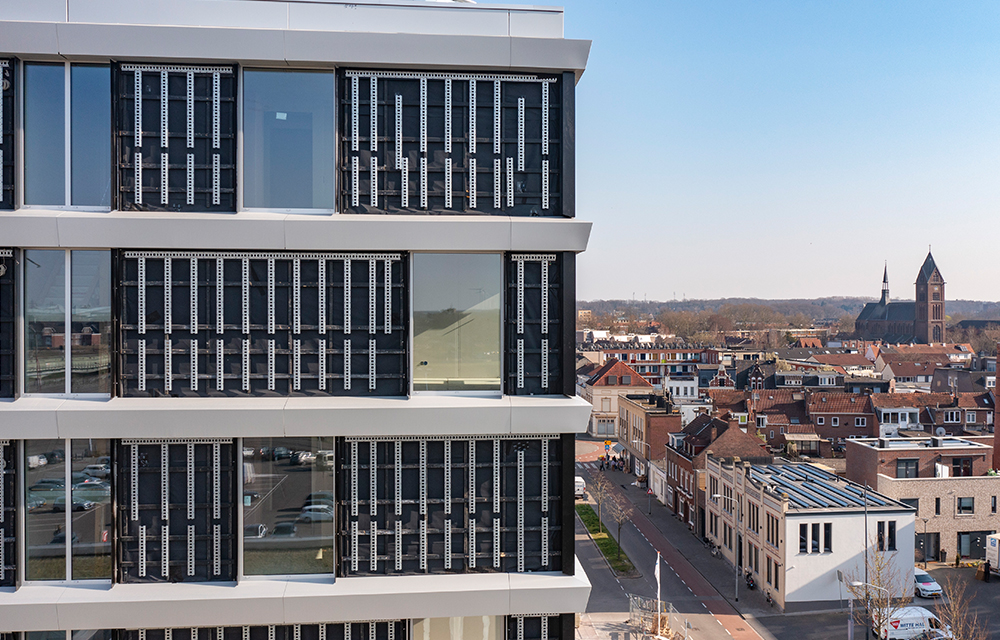 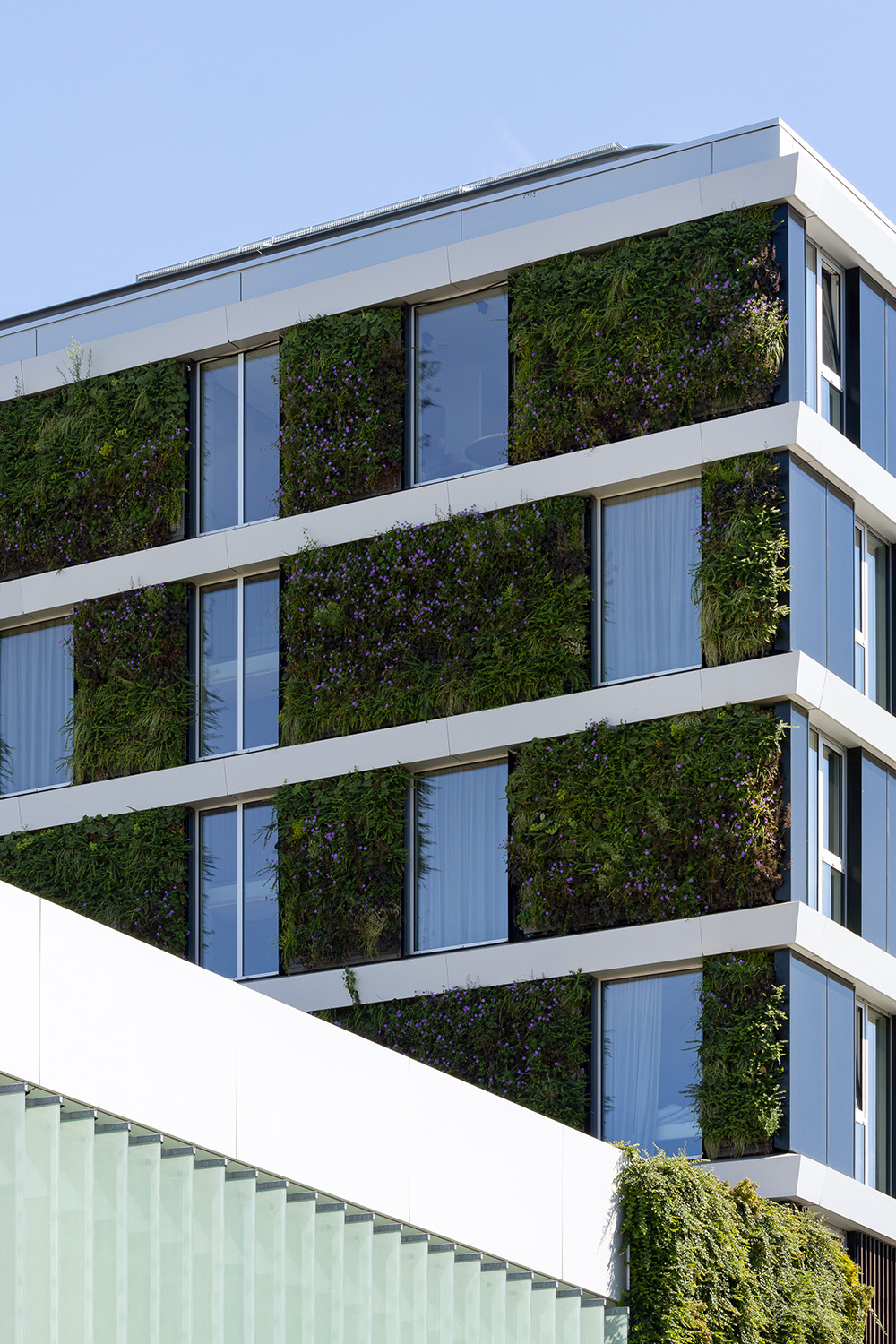 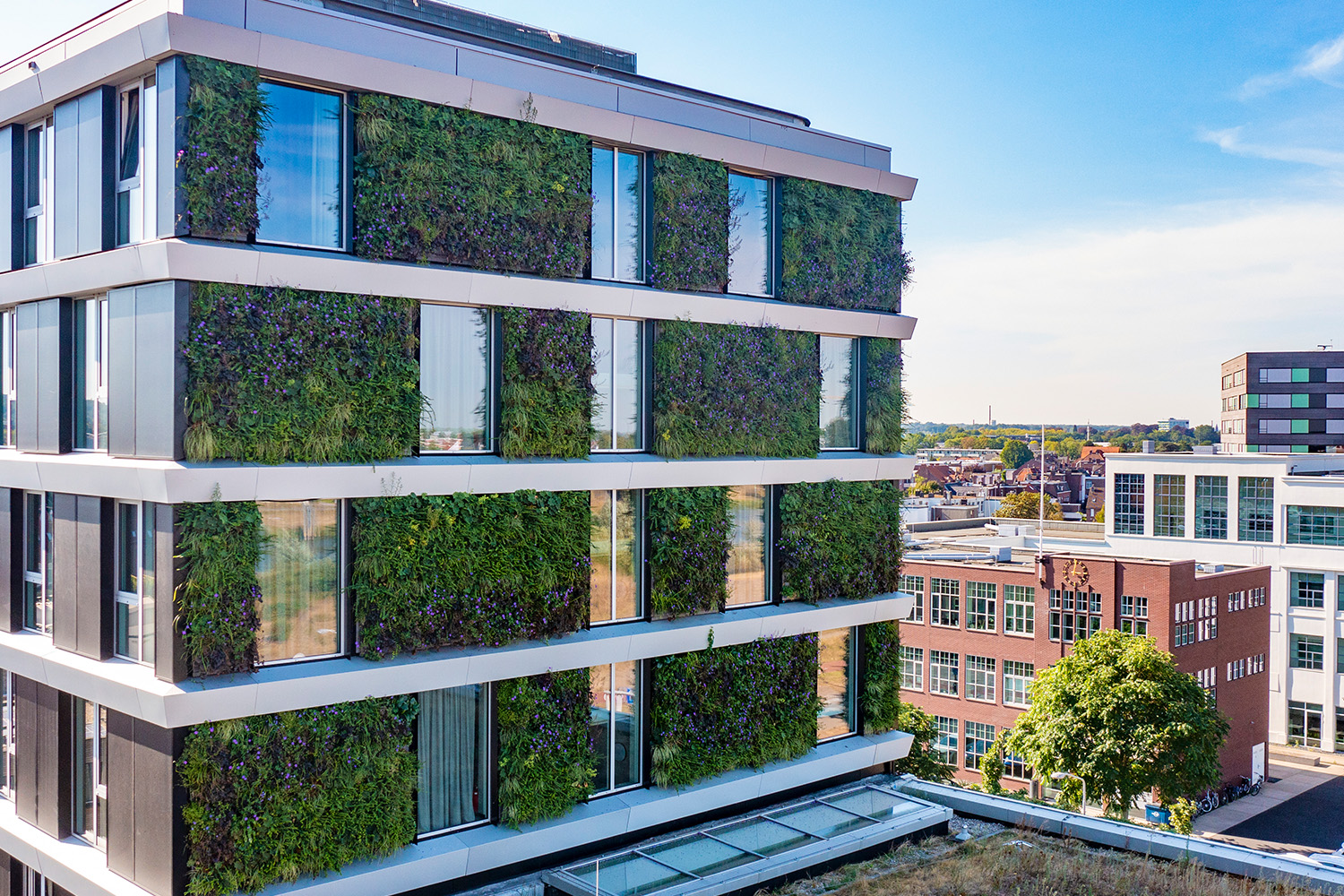