Our Mobilane Green Screens have been developed with security, air-cleansing and aesthetics as their core benefits.  It is vital to maintain continuous development of our products and to investigate and understand their use and scope in landscaping and construction projects.  In this way, we can continue to offer the most effective natural solutions to improve a landscape’s surroundings, air quality and overall environment.

In partnership with another leading authority in design and engineering within the built environment, Atkins, we installed Mobilane Green Screens, woven and intertwined with ivy, in a Birmingham City Centre location at the end of April 2015

In this research project conducted in 2015, Mobilane Green Screens fitted to existing pedestrian guarding were piloted by Atkins with funding by the Southside Business Improvement District in Birmingham.  Their installation was primarily to improve the visual amenity of the A38 (Bristol Street), as well as making a contribution to improving the air quality of the area.

The Green Wall Centre at Staffordshire University provided expertise in the visualisation of particulates on leaves to demonstrate that the ivy screens were capable of capturing air-borne pollutants.  In this study, the research team examined leaves for contamination by PM10 to PM1.0; smaller particulates can be visualised but would require more resources than necessary for this first evaluation of Mobilane Green Screen effectiveness.

Sample ivy leaves were taken before the screens were installed and then again, one month later.  The differences in captured PM10 and PM2.5 particles were then studied, comparing the levels before exposure to pollution in this busy urban environment – and then one month after installing the Mobilane Green Screens.

Full results are yet to be published.  Early analysis shows that the Mobilane Green Screens, superior in plant density and construction than other green screen options, remove particulate pollution.  This was in the order of between 40-60% in some sample locations.   Full scale field trials will be needed to validate these results statistically, but these initial findings are indeed of great interest in a quest to offer a natural screening option to reduce the harsh effects of urban pollution.

For further information, please subscribe to our newsletter.  Updates on new products, new projects and new product developments will be sent to you – but never spam.

You can also contact our Technical Sales Team to discuss the research findings and the options available to you for your next Mobilane Green Screen project. 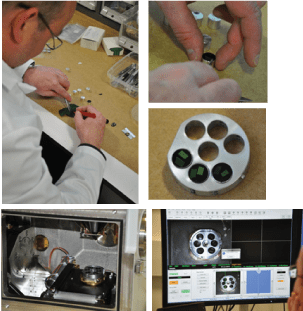